Yesterday I laid out the need for healthy, biblical submission that is required for a missional marriage. Today we will briefly look at the second essential ingredient. 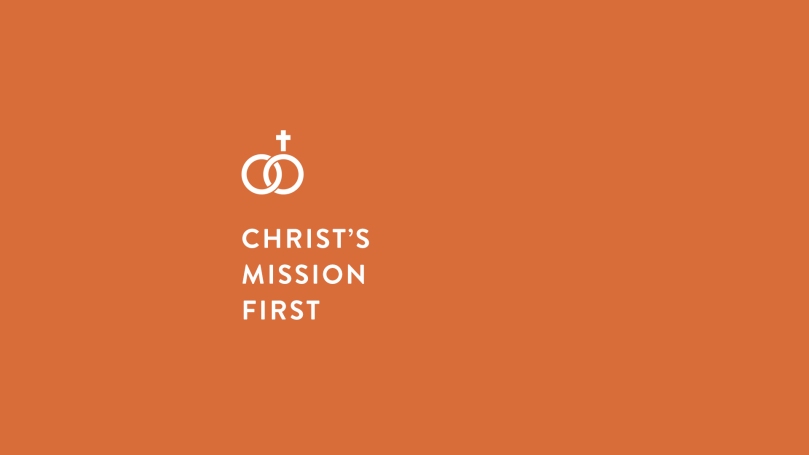 In 1st Corinthians 7, Paul writes something that at first glance seems drastic and irrational. Yet, it’s in the following principle we find what should be the prioritization scheme of every couple in Christ.

What a bold set of statements. Let the one who is married live as though they are not? The context here is important. Later in this chapter, Paul will go on to explain how marriage can naturally take one’s focus and attention away from the things of the Lord and on to the things of the world.

The form of this world is passing away. Its pleasures are temporary, its comforts deceitful, and its treasures momentary.  Yet, for the married couple, it becomes more difficult not to put a high priority on the world. After all, it’s natural for us to want to protect, provide, and have a sense of security in our marriage and family unit. This is why Paul encourages us to put Christ’s mission first in our married life; to serve Christ together just as fervently and passionately as we did when we were single.

This statement is not Paul’s way of saying that we should neglect our spouses and treat them as though they don’t exist. He is not giving someone who is miserable in their marriage an easy out or an excuse to disregard the needs of our mate. He is simply stating facts that should cause us to reprioritize and rethink the purpose of our marriage relationship.

The form of this world is passing away. Its pleasures are temporary, its comforts deceitful, and its treasures momentary.

Now, I’ve seen this principle misapplied. It looks something like this, “My wife told me she was really uncomfortable with me going on the mission trip, but I had to serve the Lord first so I just went anyway.”

No! The only way that Paul’s principle works if both spouses are on the same page. Paul is not saying, “Sacrifice your spouse on the altar of ministry.” Don’t forget, marriage is your first ministry. Many times, division in a marriage comes from the lack of attention to the ministry in the marriage relationship. When a husband is praying with his wife and immersing her in the scripture, and a wife is honoring her husband and walking with the Lord, there is a greater chance that those people will be consistently placing the mission of Christ above their own comforts and fears.

Your marriage is about something bigger than your happiness. The husband and wife who, for the sake of Jesus, can agree to place the priorities of God’s kingdom first in their marriage, will find themselves aligned with the mission of Christ. If both spouses are only concerned with pleasing one another, they will naturally drift towards worldliness and materialism, but if they both agree that the best thing they can do for their marriage is to please Christ first, they will drift closer and closer to eternal effectiveness and fruitfulness. The time is short and the world is passing away. Live as though the mission of Christ is more important than your temporary marital comfort.

2 thoughts on “A Marriage for the Mission: Part 2”